What is jet lag? Why you get it and symptoms

Jet lag is similar to the effects that shift workers experience in many ways. Where your body clock is out of sync with the actual time where you are.

Some people cope better with shift work, and with jet lag, than others. My father was an example. He worked in engineering and for 20 years he worked permanent night shifts. So from Monday to Thursday he worked from 8pm to 7am and then he was back on a normal awake during the day and asleep at night routine over the weekend.

To cope with this he normally slept late on a Monday morning as he had to be up all Monday night. On a Friday morning, when he got home, he would either try and stay awake all day or have a few hours sleep in an armchair during the morning. He seemed to cope with that quite well although it must have taken quite a toll on his body and possibly contributed to him dying at 70.

As an example of jet lag – you travel from New York to London. You leave New York at 7pm EST and the flight takes 7 hours, so when you land your body clock, which is still on EST, thinks the time is 2am. You therefore feel like you need to go to sleep. But because London is 5 hours ahead of New York, the time in London is 7am, so London is just waking up! So your body clock is out of sync with the world around it.

Why don’t you get jet lag on a ship or a train?

In order to suffer the effects of jet lag your journey has to be fast enough to travel through time zones at a rate of more than 2 hours per day. The distance you have to travel to cross one hour of time difference is 1000 miles at the equator or roughly 600 miles when crossing the Atlantic.

So a ship traveling at 25 miles per hour will take 24 hours to travel through only one hour of time change. Most people’s body clocks can naturally adapt to time zone changes of between 1 and 2 hours per day. Therefore you would not feel the effects of jet lag traveling at this low speed since the body finds it easy to keep up with the time changes.

If you were to travel by train across the US the journey would take approximately 4 days (without stopovers) and you would travel through 3 hours of time zones.

So again your body clock easily has time to adjust to the changes as you go, by the one hour a day it would need to.

You may well feel tired when you get off the train but that will not have anything to do with jet lag, just the tiredness of the journey.

Perhaps, on the face of it, you might think it would make no difference. However it does.

It is harder to get over jet lag when traveling east than it is traveling west. The main reason for this is that your body clock adjusts easier to extending the day than shortening it. This is all to do with the bodies circadian rhythm.

When someone travels from say, New York to London the time difference between the two is 5 hours. So when they arrive in London their body thinks it is 5 hours earlier than the clock says. Then when it gets to bedtime in London the traveler’s body doesn’t want to sleep yet as it believes it is only early evening. When they go to bed London time they may find it difficult to fall asleep.

When someone travels the opposite way, from London to New York, they arrive and their body clock thinks it is 5 hours later. However, although the traveler may feel tired in the evening as their body clock says it is time for bed, it is easier to stay awake a few extra hours before going to bed. Once going to bed they are likely to sleep easily.

Another thing I always found worse when making this journey from New York to London is that the majority of flights are overnight. You therefore miss a night’s sleep as well as having to cope with the time difference.

Do you get jet lag traveling north-south?

Jet lag is only something you experience when flying across time zones, ie. from east to west.

So if you are traveling north to south, Chicago to Mexico City for example, although the flight would take over 4 hours, both Chicago and Mexico City are on the same time zones so have the same time as each other.

Your body clock would therefore not be confused about what time it is.

What are the symptoms of jet lag?

Although the symptoms of jet lag can vary from person to person, there are some common traits. Some people have a number of symptoms while others just experience one.

Some of the possible symptoms include:

Often this is a result of both not sleeping well at night and your body clock telling you during the day that it is time to sleep when the clock says it isn’t.

You may find it difficult to concentrate on whatever you are trying to do. This would often also be linked to poor sleep.

This could include stomach aches, constipation or even diarrhea as your body comes to terms with the new routine.

We all know that feeling of not feeling right but being unable to actually put our finger one what is wrong.

Potentially, mainly due to tiredness, it is possible that you may experience changes in mood from one extreme to the other.

The more time zones you cross the more likely you are to have these symptoms or have them more severely. For example if you travel from Tokyo to New York you would go through many times zones (and across the date line just to add insult to injury) so would most likely have some of these symptoms.

If the symptoms continue for more than a week then you may be best to consult your doctor.

To find out more about jet lag then this very full work on the Oxford Academic – Circadian Rhythm Sleep Disorders: Part I, Basic Principles, Shift Work and Jet Lag Disorders is definitely worth reading.

How to reduce the effects of jet lag

How long does jet lag last from USA to UK?

How to prevent jet lag – my top tips that actually work

How to get over jet lag when you get home 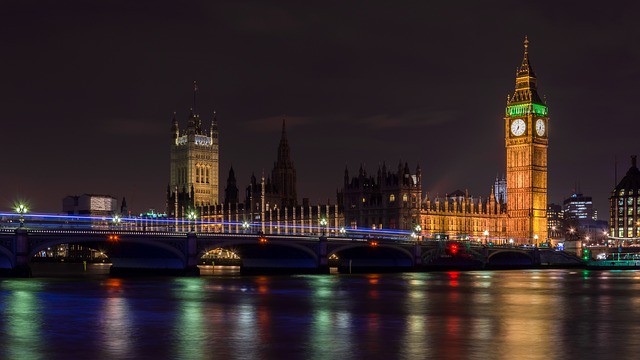 How Long Does Jet Lag Last from USA to UK?

Flying across multiple time zones affects your body’s circadian rhythms (your body’s internal clock) leaving you with jet lag disorder. But which way you travel can make a difference to how much you suffer from the effects of jet lag. The usual rule of thumb is that it takes the average person 1 day to…

How to get over jet lag when you get home

I always find that it is much harder to get over jet lag when you get home than when you arrive at your original destination. Part of this, I think, is that when you fly off somewhere, on vacation for example, you are excited and eager to enjoy yourself. Also you are probably less likely…

How to prevent jet lag – my top tips that actually work

These are simple things I have used over the years to successfully help prevent jet lag and get over it quicker once you arrive at your destination. If you follow them then I am pretty sure you won’t suffer as much from jet lag as you would otherwise. Everyone is different though so some may…