Can You Bring Fish on A Plane? Alive and Dead Fish Rules

It would seem unlikely that people may want to take their pet goldfish on vacation with them but I guess some may.

The Quick Answer: TSA regulations allow live fish to be taken through airport security and onto a plane in your carry on bags but they must be in a spill-proof clear transparent container. They are not allowed in checked bags. You should check with your airline to ensure they also allow them.

There are other restrictions with regard to taking live fish with you, particularly if traveling internationally.

Can you take fish through airport security

Live fish are allowed through the checkpoint according to the Transportation Security Administration with the following restrictions:

Dead fish can be taken through the security checkpoint in your carry-on baggage. You should ensure that when wrapping fish that they are well packed in a sealable plastic bag as no-one wants to sit through an entire flight with a fish smell in the air, particularly if they are not particularly fresh fish.

If the fish is packed in ice, dry ice or ice packs then it must not be melted at all when presented at the security checkpoint (ie. there can be no liquid water) as that is not permitted.

Fish should pass through the x-ray machine fine, with no ill effects.

The final decision rests with the TSA officer as to what can and cannot be taken through.

The TSA offers a very good service on Twitter and Facebook where you can ask a specific question about whether you can take something through the security checkpoint and they will respond quickly.

This is in response to a passenger’s question regarding transporting fish:

Can you take live fish onboard?

Although you may be able to take live fish through airport security that doesn’t mean that you are allowed to take them on the aircraft with you. It is possible that some airline rules might not allow live fish in the cabin so you should always check with your airline beforehand to make sure.

I have read that Southwest Airlines do not allow live fish to be taken on a flight.

Of course, your hand luggage will not be searched again after you pass through airport security so if you have fish inside your bag and they remain in the bag for the flight then the airline is unlikely to know that you have them.

Can you take fish in your checked bags?

Live fish are not allowed to be carried in checked baggage (and rightly so in my opinion).

Checked luggage can get some pretty rough treatment on its way through the baggage handling systems, often tumbling end over end, so any live fish in them would probably be injured or killed.

At least in your hand luggage, they can be treated much more gently.

You can pack dead fish in your suitcase such as those you may have caught while fishing.

How to transport live fish on a plane

As already stated above living fish should be in a clear, transparent, container that cannot spill water in the plane. They can be transported in special aquatic “breather” bags which allow oxygen and carbon dioxide to pass through the surface of the bag but not water (very clever technology).

If you plan to take live tropical fish then unless it will be a very short flight the temperature of the water may well vary too much for the poor fish to survive. 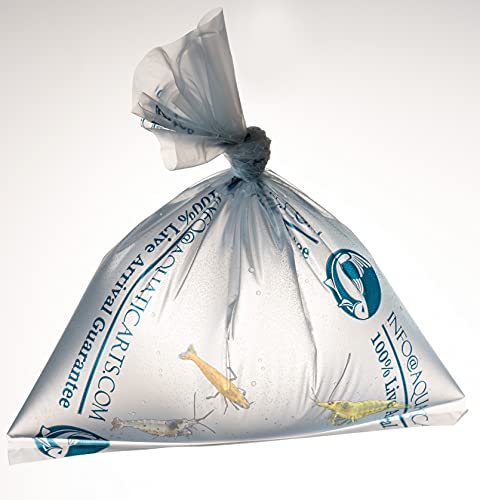 I asked the TSA specifically if these were permitted through airport security and this was their reply:

Can you take live fish internationally?

Most countries have regulations regarding importing live fish and you may well need the appropriate permits to take them into the country.

If flying into the US with live fish from another country then there are various restrictions You should contact the US Fish and Wildlife Service. This article by Aquafind gives some good information on importing tropical fish – Importing Tropical Fish (Summary of US Rules).

If you are flying out of the US into another country and want to take fish with you then you should contact the embassy of the country you are flying to.

With some types of fish when crossing national borders that possibly export permits may be required.

Provided you follow the rules above you should have no problems taking fish be they alive, frozen fish or fresh fish with you when traveling in your carry on bag.

Can you take live lobsters on a plane?

The TSA allows live lobsters through the security checkpoint in a checked bag and, with an airline’s consent, in your cabin bag. But do the poor lobster a favor and don’t subject it to even more torture before it is eaten!

Can you bring Betta fish on a plane? 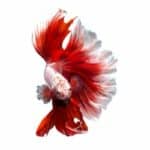 Yes, Betta fish can be taken on a plane in hand luggage but they must be in a clear, transparent, spill-proof container and be presented at security for a visual inspection. They cannot be taken in a checked bag.

Can you bring frozen fish on a plane?

Frozen fish can be taken on a plane in either carry on baggage or checked baggage. If in your carry on, and packed in ice, dry ice or ice packs, then there must be no melted water with it when it is presented at the security checkpoint.