How safe is flying in turbulence? The complete guide

How safe is flying in turbulence? The quick and simple answer to this is that it is absolutely safe. In most cases, the turbulence you might experience is likely to be no worse than driving in a car down a bumpy road. Actually that is a pretty good analogy because the aircraft is flying through bumpy air.

The last known aircraft to crash, possibly due to very severe turbulence, was in 1966 – over 50 years ago. If you imagine how many flights there have been in the past 50 years, many of which would have experienced some degree of turbulence, without another crash, then I think it is pretty clear how safe it is.

I will try to explain to you why turbulence is totally safe.

Turbulence, in relation to air travel, means traveling through bumpy air. In other words, when the aircraft moves around a little compared to the usual smooth, straight and level flight.

Light turbulence is where there is barely any movement. Perhaps enough to cause ripples in a drink on the table in front of you.

Moderate turbulence would be described as sufficient for the captain to switch on the fasten your seat belt sign. It could cause a drink on the table in front of you to be spilled.

Severe turbulence is when the aircraft is tossed around and things that aren’t stowed properly may fly around the cabin. This is very rare.

Extreme turbulence is fortunately almost unheard of, or at least aircraft systems, such as weather radar, are so sophisticated that aircraft wouldn’t go anywhere near such extremes. This might occur if an aircraft flew right through a tropical cyclone etc.

The air acts very much like water in many ways. It flows and in many ways behaves just like water. It can also have pockets of denser or less dense air which may also affect the way the aircraft behaves. When the aircraft meets this disturbed air it naturally is affected by it, since it is moving in it.

Many factors can help create air turbulence. It can be caused by storms, by atmospheric pressure, by jet streams, by air movement due to hot air rising (and cold air falling) and also due to the terrain being flown over ie. mountains.

Imagine sailing across a flat calm sea. The boat just glides along with hardly a movement up and down or from side to side. If the boat you are on then rounds a headland and encounters a choppy sea with waves 6 feet high it will start to get affected by the waves and you will experience up and down and side to side motion.

It is much the same with flying, although certainly not as frequent, nor does it generally last as long, as in sailing fortunately.

How common is turbulence?

It is not as common as most people might imagine. In my last 10 flights I am pretty sure that I have only encountered turbulence once, possibly twice, and that was pretty mild and only lasted for a minute or two. By the time the captain had switched on the “Fasten your seat belts” sign the turbulence was gone.

You may experience a little turbulence when descending through cloud.

Turbulence is more common at certain times of the day and on certain types of routes though. See below.

However, pilots can make judgments to try and avoid areas where other types of turbulence may occur, such as above large cloud formations and can use their weather radar to deviate the route to avoid these areas and so minimize the likelihood of finding any turbulence.

Pilots can also get turbulence reports, via air traffic control, from aircraft on the same route in front so may use this information to avoid it.

A pilot may decide to vary the route slightly or perhaps fly higher in an attempt to miss the turbulence completely. Is there less turbulence at night?

Generally this is the case. One of the reasons for turbulence occurring is the sun warming up the ground and therefore the air above the ground rising, relative to the surrounding air. At night obviously there is no sunshine to do this so there is less chance of meeting any.

Are you more likely to encounter turbulence on certain routes?

If you are flying over high mountain ranges then there is an increased risk of encountering turbulence. Also if you are crossing the equator on your flight (the Intertropical Convergence Zone where the trade winds of the northern and southern hemispheres meet) is another potential turbulence area.

Apart from that turbulence could potentially occur on any route. You could travel on a route today and get some moderate turbulence and then do the same route tomorrow and have a flight that is silky smooth the whole way.

Can an aircraft get damaged by turbulence?

All aircraft are built to withstand the most severe turbulence. An example is the way the wings are designed. They can flex up and down as the aircraft rises and falls in turbulence.

If they were rigid then there is a high probability that they would be damaged or could even break off if the turbulence was very severe.

As I stated in the introduction, no aircraft has crashed due to turbulence since 1966. Aircraft have experienced some minor damage though.

Can turbulence cause airsickness?

Yes airsickness, which is a form of motion sickness, can be caused by turbulence. One good thing is that turbulence often doesn’t last very long so it may end before you feel too bad. Some of the symptoms of airsickness can be nausea, vomiting, sweating, and feeling dizzy.

Some people get airsick on completely smooth flights.

If you know you are susceptible to motion sickness, perhaps because you get carsick or seasick, then you may wish to use whatever method you usually take to combat this before the flight starts. This may be taking travel sickness tablets, wearing acupressure wristbands or whatever.

This is pretty obvious, but worth stating, if you feel you may be prone to airsickness then do not drink too much alcohol either before or during the flight. Better still just drink water.

What to do if you have turbulence anxiety

Obviously there is nothing you can do to prevent experiencing turbulence, short of not flying of course. However there are a few things you can try to cope with any turbulence in flight and help get you through it.

1. The first is to try not to worry about it too much. There is every chance that you may not have any turbulence at all. I know this is much easier said than done though.

2. If you should happen to experience some turbulence then try to do something which will take your mind off of it.

Make out a list of things you need to do this week or things you want to buy or do while on vacation. It doesn’t matter what, as long as it gives your mind something else to focus on. If you are writing with a pen then use the opposite hand to the one you normally use which will make you concentrate harder.

Talk to your traveling companion or just the person in the next seat if on your own. They may also be feeling a bit anxious so you might be helping both of you.

4. Look around at the crew. Do they look at all worried? I would suggest they don’t and they won’t just be putting on a brave face for the passengers. It is something they experience quite frequently and know that it is nothing to worry about. So neither should you.

Should the cabin crew look terrified and full of panic then you are allowed to follow suit!

5. Leave your seat belt fastened while you are seated. This will help make you feel more secure.

How safe is flying at night?

Why do planes leave trails? 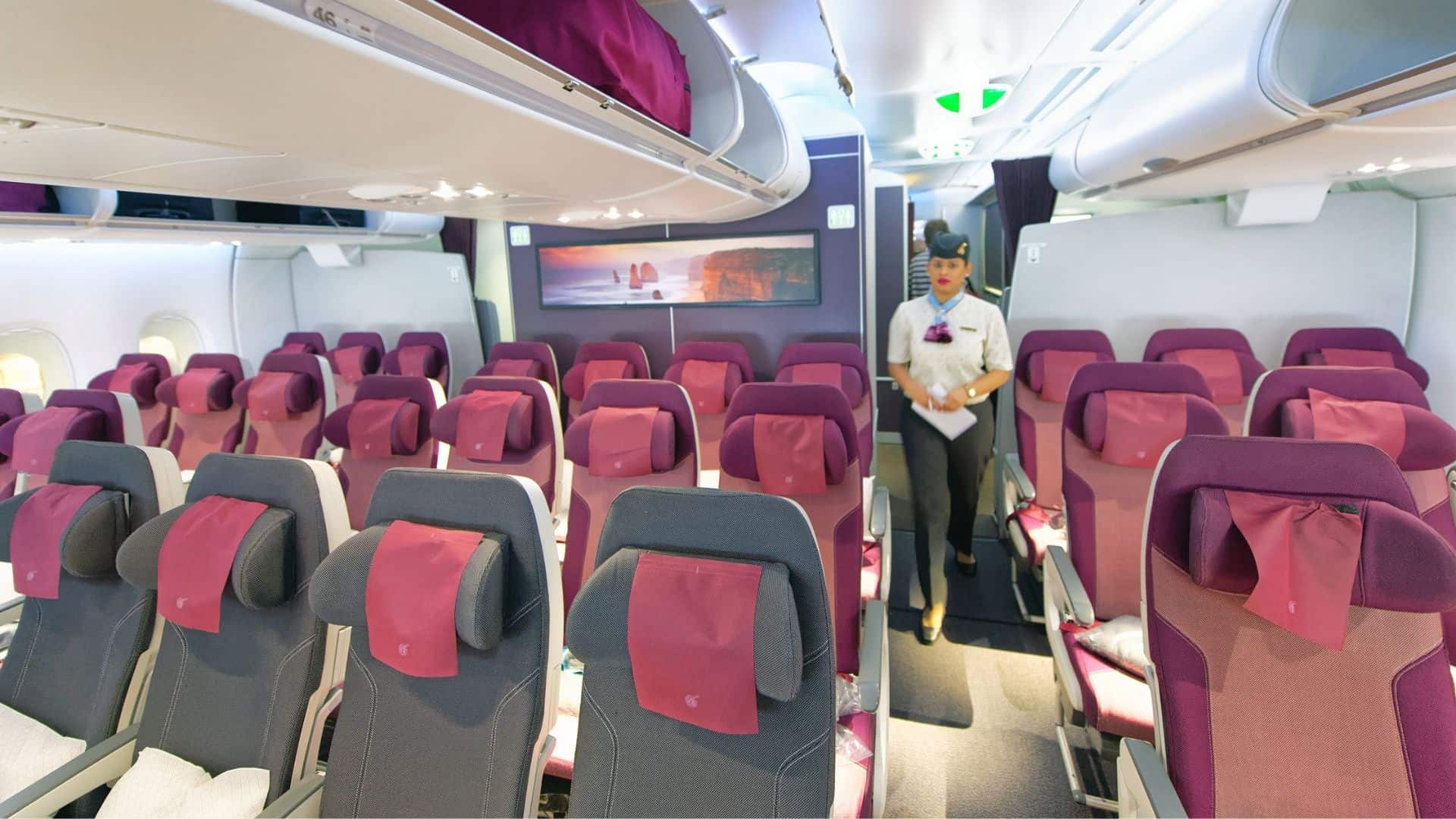 There are large aircraft and small aircraft so the number of seats certainly varies a great deal but not only amongst different types of aircraft but also within the same type. For example, an airliner can be configured with first class, business class and economy sections or it can be arranged with all-economy seats. Since… 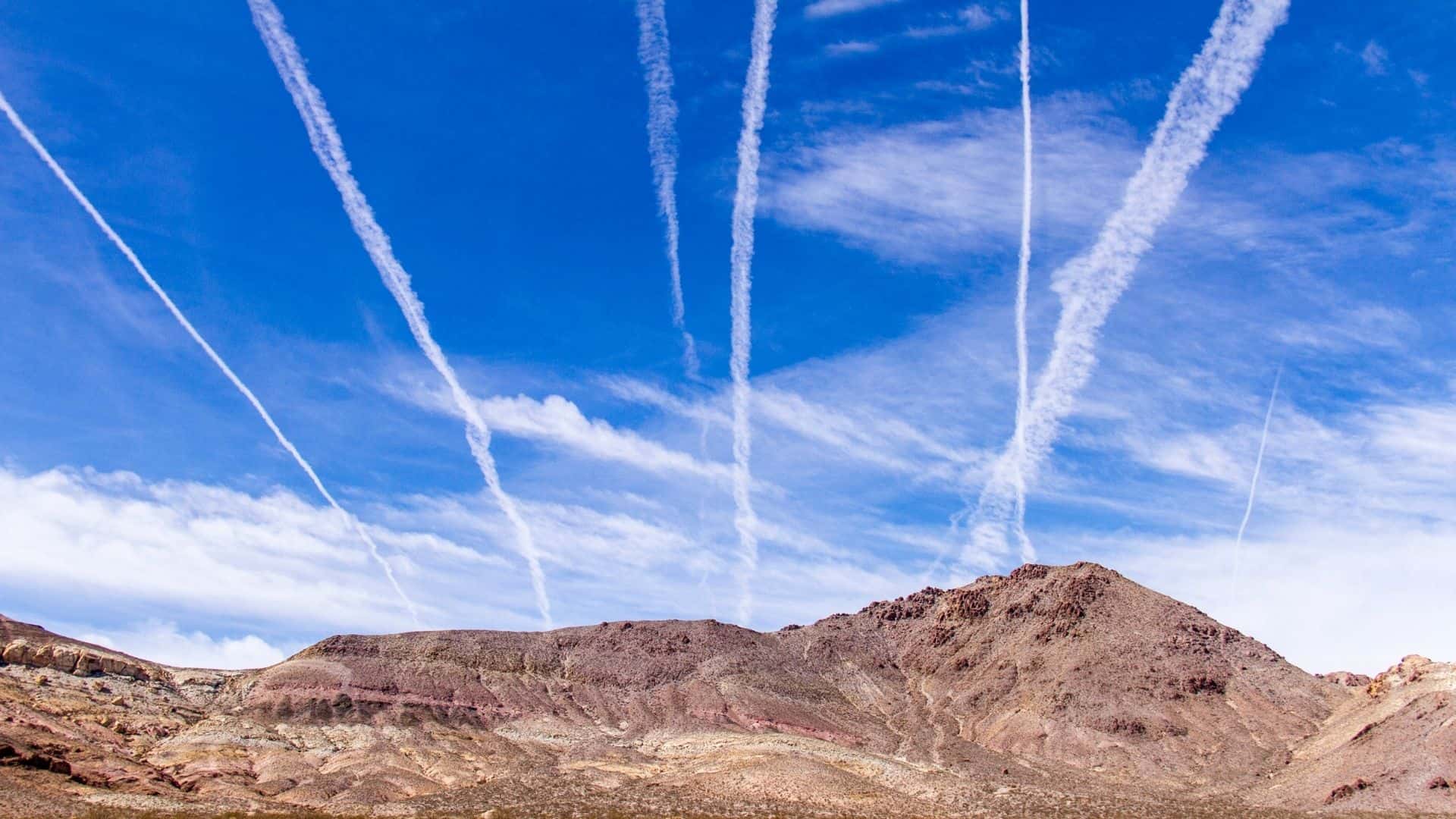 Everyone, even those living in remote villages in the Amazon, will have looked up and seen white trails across the sky. They can look quite spectacular against a brilliant blue sky. But why do planes leave trails? Why do some planes leave trails and others do not? What are trails made of and are they… 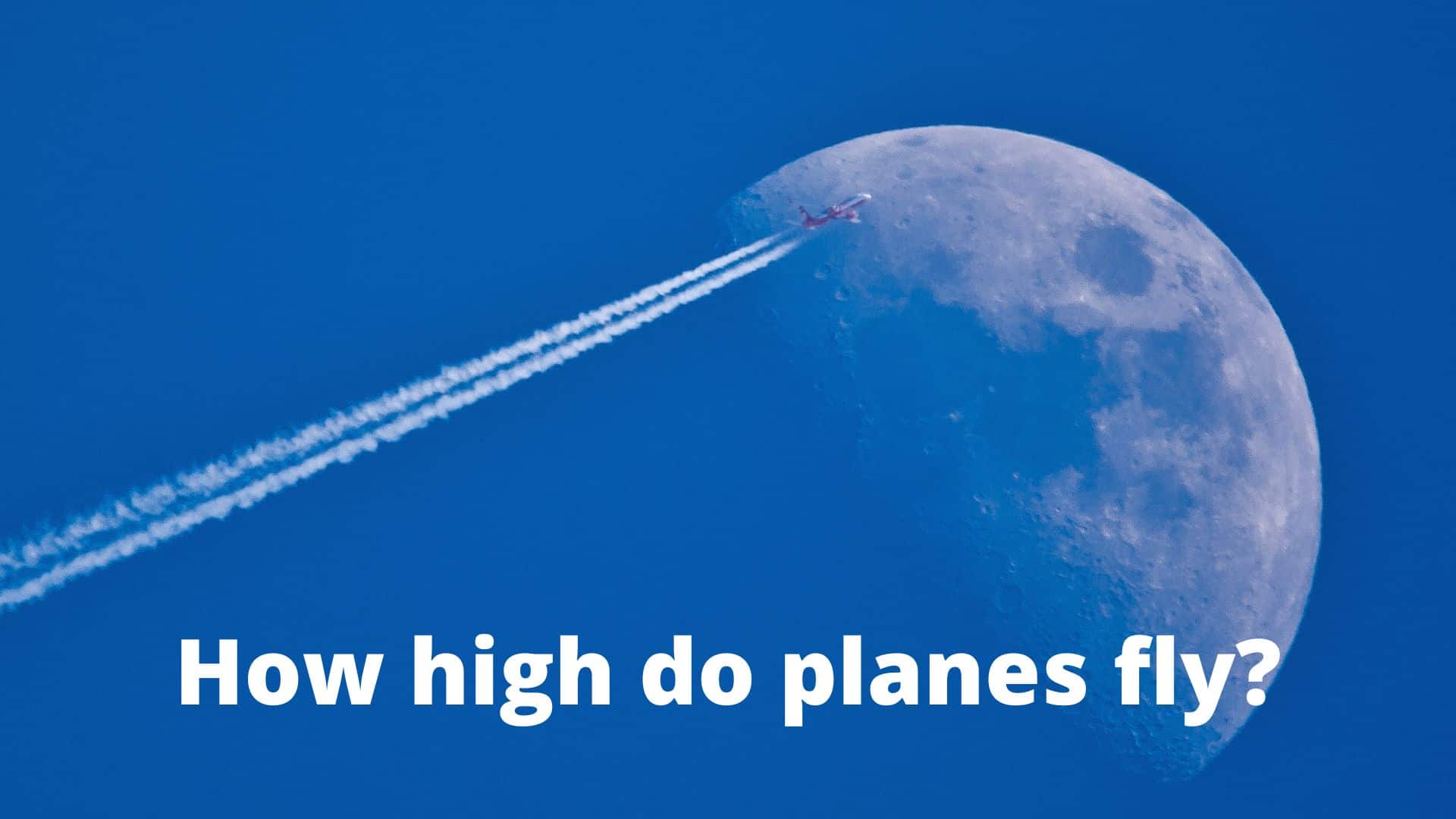 Different types of aircraft can fly at different heights and this largely depends on whether they are pressurized; the type of engines they have and their role (leisure, business, commercial or military). Commercial aircraft today fly at altitudes up to 42,000 feet (which is just under 8 miles high). Concorde used to fly at altitudes…