Clearly there are many things you may wish to take on a plane that are made, at least in part, with metal. These could range from saucepans, knives, coins, keys or knitting needles to a piece of iron ore.

The question is, can you take metal objects on a plane and, if so, are there any exceptions?

Well if you were unable to take any objects containing metal with you on a plane then clearly there would be very few things you could take with you (even your carry on bag which will undoubtedly also contain metal parts.

Can metal go in carry-on bag through airport security?

You are permitted to take almost any metal object through airport security provided it cannot be used as a weapon, or isn’t actually a weapon, of course.

So obviously, you cannot take a gun, a machete, a sword, a baton, a pocket knife, scissors (with blades longer than 4″) or any other similar weapon. However it also includes things such as a large metal bar, a metal baseball bat and any other item that could be used as a weapon, even though its legitimate use is not for that purpose.

There is one strange exception. While you can take saucepans and other metal cookware, this is only permitted if they are not made of cast iron. Cast iron cookware must go in checked bags.

Most things like the above can actually go in checked bags in most cases.

If you are carrying a metal water bottle then this must be empty otherwise it will be confiscated. You can fill it after security.

Below are three examples of the TSA’s replies to passengers enquiring about carrying metal objects, including a piece of a crashed aircraft, a saucepan and pieces of steel, that, in most cases, they can go in a carry on bag.

However, in this 4th example, a small steel rod that is just over 7 inches long, the passenger is told it must go in checked baggage. This seems ridiculous as you are permitted to take metal knitting needles that are longer than this in checked bags. What is the difference?

Do you have to take metal out of your carry-on?

Metal items can stay in your carry on bag when passing through the x-ray screening at airport security.

You may be pulled aside for additional screening by a TSA officer if the x-ray operator cannot identify what an object is or, if it is hollow, then to carry out a manual search to ensure there is nothing inside which is not allowed that may not show up on the x-ray image.

Can I bring metal plates on a plane?

Metal plates can be taken through airport security and on a plane. They can also be packed in your checked bags.

The only restriction will be the size.

If the metal plate, such as a license plate, is small enough to fit in your carry on bag then it won’t be an issue.

If it is too large to easily fit in an overhead bin in the cabin then it may have to go as checked baggage (at extra cost). You should check with your airline to find out whether your metal plate is an acceptable size.

Is metal allowed in checked luggage?

You can take a wider range of metal items in your checked bags than you can in a carry on bag.

This is because, for example, anything that might possibly be used as a weapon (if sharp or heavy) is not available during a flight if it is in the aircraft’s hold on a checked bag so is not a potential threat to the flight’s security.

Can you bring gold on a plane?

Clearly passengers can take gold in the form or a piece of jewelry or a wedding ring on board a flight with them. But what about larger quantities of gold?

Gold is heavy so there would certainly be a limit governed by how much weight you could actually carry in a cabin bag. If you filled a maximum-size cabin bag with gold then even the world’s strongest man couldn’t lift it.

Can you bring gold coins on a plane?

You can bring gold coins on a plane. If you are carrying more than a few it is advised that you preadvise the TSA that you would like a private screening so that others will not know what you are carrying.

Can you bring gold bars on a plane?

You would think that anyone who can afford to carry gold bullion/bars would probably fly on a private jet rather than on a commercial flight but apparantly some do.

The same applies to gold bars as to gold coins so you would be advised to request the TSA for a private screening.

Importing gold into the US

Although there appears to be no duty payable on gold US customs state the following:

There is no duty on gold coins, medals or bullion but these items must be declared to a Customs and Border Protection (CBP) Officer. Please note a FINCEN 105 form must be completed at the time of entry for monetary instruments over $10,000. This includes currency, ie. gold coins, valued over $10,000.

If you are flying with metal implants after surgery you may wish to read – Will surgical screws set off metal detectors?

Can I wear an underwire bra through airport security?

Can you wear jewelry through TSA checkpoints

Can you put aluminum foil in your suitcase?

You are permitted to put a poll of aluminium foil in your suitcase and also things wrapped in foil. However, when the suitcase is scanned there is a higher probability that it will be opened by scrurity officers for a manual check which may mean your bag is delayed so may miss your flight.

Can airport scanners see through metal?

The x-ray scanners at the airport cannot see through many metals as they give an opaque image on the screen. In this case a carry on bag will be put aside for manual screening.

Can you bring quarters on a plane? 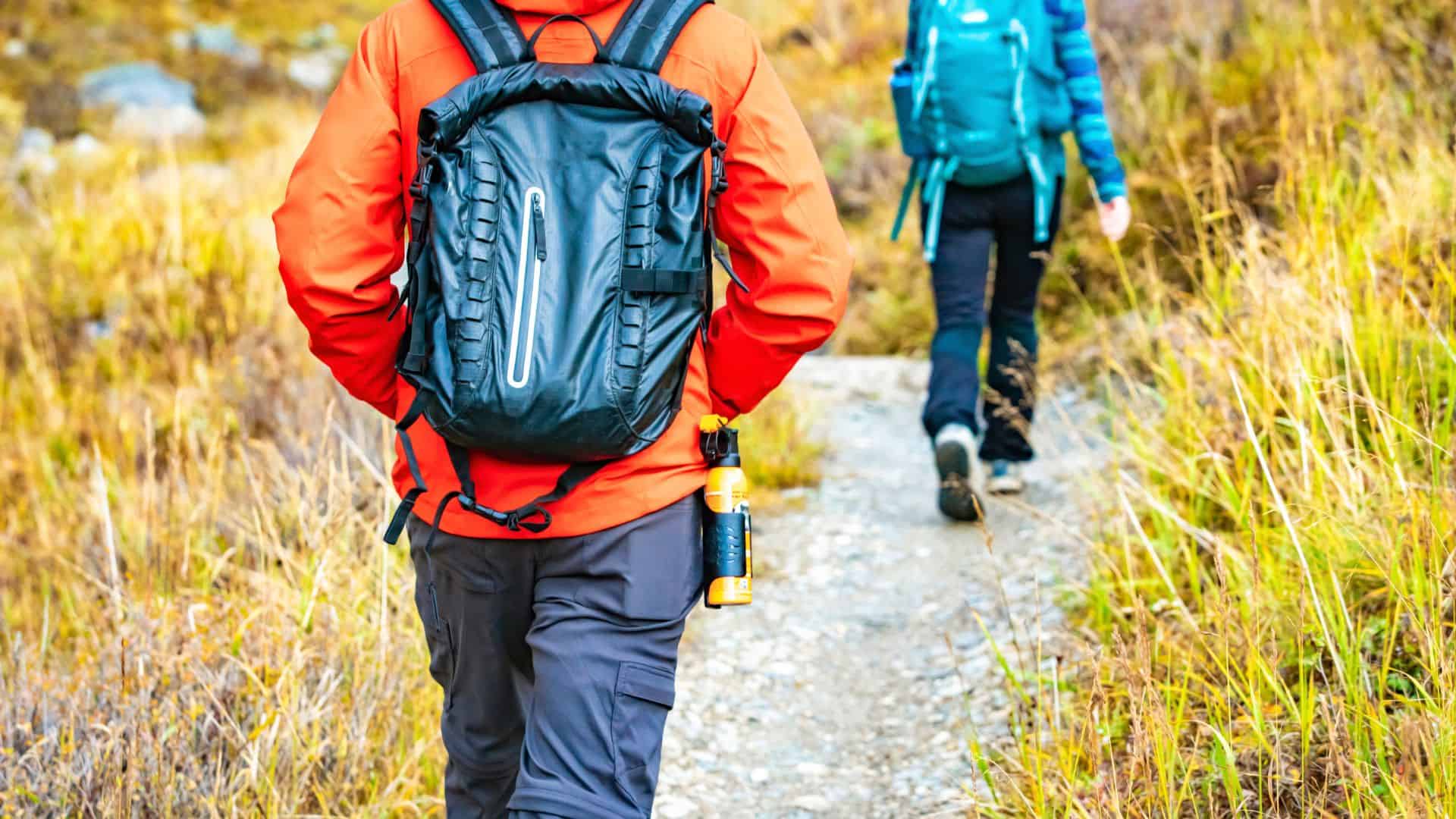 Can You Bring Bear Spray on a Plane?

If you love exploring nature or hiking so you will be flying to somewhere remote to indulge this passion, bringing bear spray on a plane might seem like a natural thing to do. After all, if you’re going to be spending time in the woods in bear country, it’s only logical that you’ll want to… 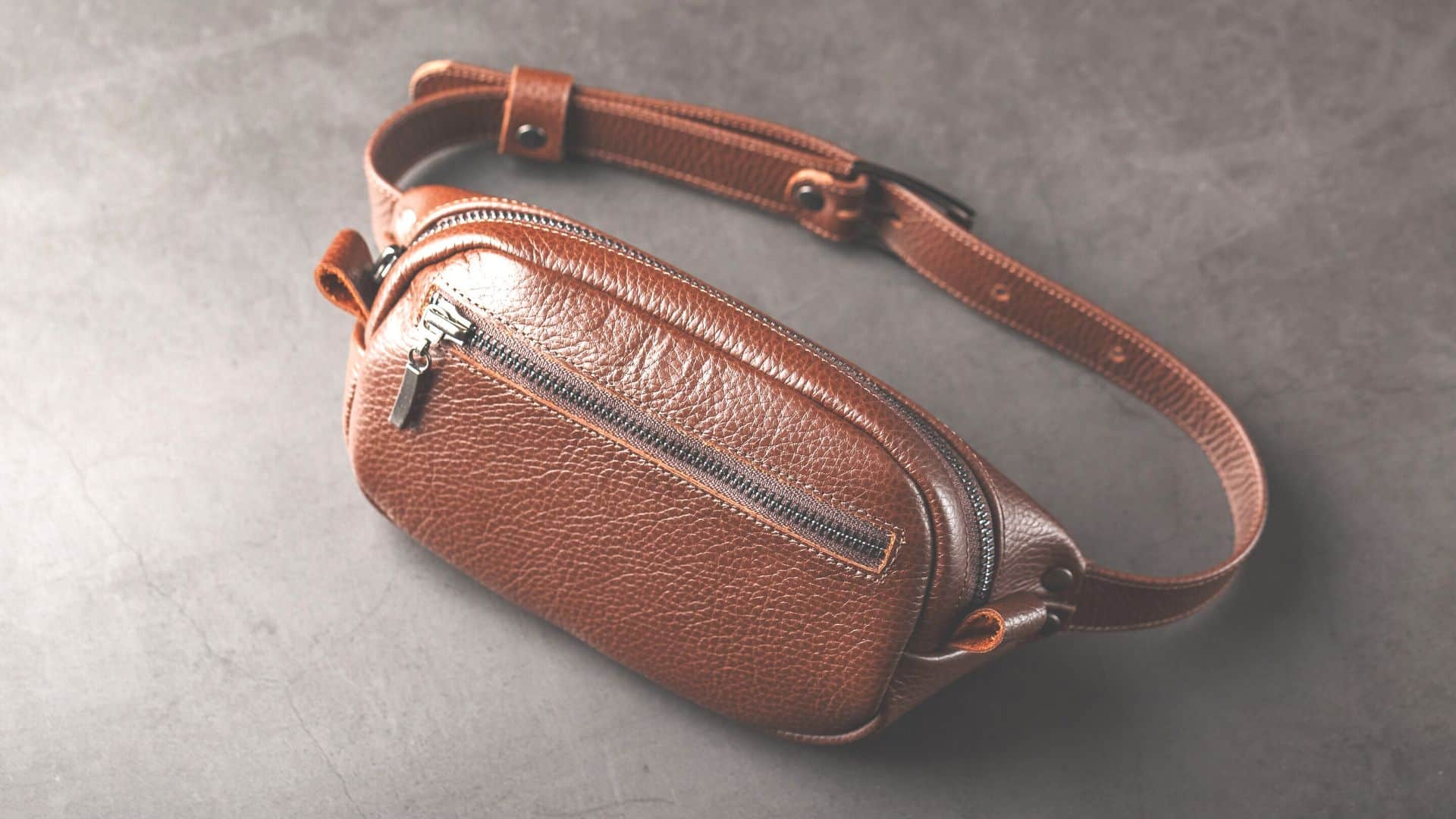 Wearing a Fanny Pack on a Plane: What You Need to Know

You’ll likely see people sporting fanny packs on airplanes more often than not, thanks to the rise of lightweight travel due to increased checked luggage costs. They can be a convenient way of holding travel documents, including passport and boarding pass, along with other items as many fanny packs have multiple zipper pockets. If you’re… 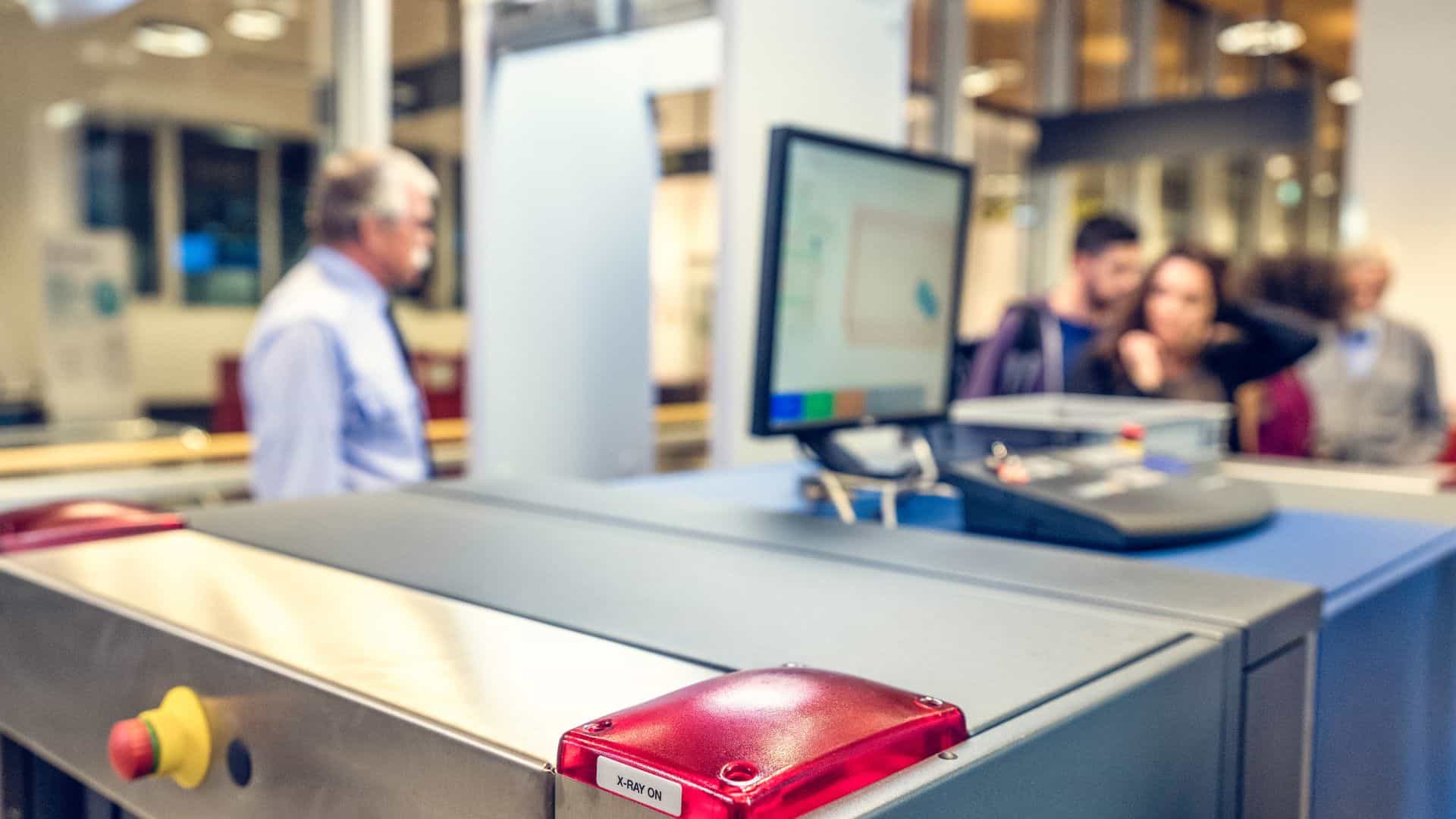 Why Do They Wipe Your Hands at Airport Security?

Have you ever wondered why they sometimes wipe your hands at airport security? What are they trying to guard against? Why might they choose you? Since 9/11, the security at airports worldwide has become very strict. Passengers must remove their shoes, belts and jackets, which can make them feel uncomfortable. The procedures may seem pointless…