Does a 3 Year Old Need a Plane Ticket?

Traveling with a 3 year old can be hard work, believe me, I know, but it is also very rewarding. As they say, “traveling broadens the mind” and that is very true for children.

So it is important to know how old does a child have to be to buy a plane ticket.

The Quick Answer: a 3 year old does need a ticket, in fact, every child over 2 years old must have their own plane ticket and their own seat. Only children under two may sit on their parent’s lap – at least during take off and landing.

Although I have majored on 3 year olds in this post, most of this also applies to any child from a 2 year old to a 9 year old and beyond.

How much is a flight ticket for a 3 year old?

Fortunately, a 3 year old does not normally pay the full adult airfare.

A child fare can be anything from:

Does a 3 year old need their own seat?

A 3 year old does need a separate seat but, as they also need a plane ticket, with that ticket comes their own seat. A 3 year old cannot fly on an adult’s lap, restrained by a child’s lap belt attachment, as a child under 2 can. At least they cannot during take-off and landing. They could sit on an adult’s lap during the flight of course.

You may have to pay extra to ensure that their seat is next to one of the parents with some airlines, particularly on budget airlines. Note that a child is not permitted to sit in an emergency exit row.

Does a 3 year old need a car seat on a plane?

A car seat is not mandatory and neither are car seats supplied by the airlines.

If you choose to take a car seat for the child to sit in then it must be FAA approved (or approved by another national safety body in Europe or elsewhere such as the CAA in the UK). You can read the FAA (Federal Aviation Administration) rules on flying with children here.

Taking car seats has the advantage that it is generally safer in an accident than using the adult seat belt and the child is more likely to be comfortable and perhaps sleep on a long flight.

If you choose not to take one then the child will be restrained by the adult seat belt attached to the seat. 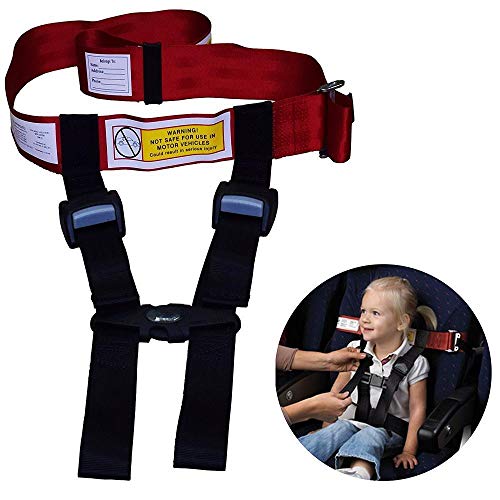 Do children get their own baggage allowance?

What ID will I need for a 3 year old?

When flying with a young child domestically within the US children are not normally required to have ID although an airline may demand to see proof of their date of birth, particularly if you have stated that the child is under 2 years of age so will be traveling on your lap. You should check with your airline or carry some form of proof that they are under 2 which can be a birth certificate or immunization records (or a passport if they have one of course).

When traveling internationally a passport will be required irrespective of the age of the child. There are some exceptions though, for example, traveling from the US to Canada children normally just need to be able to show proof of US residency (which could be a certified birth certificate).

It is best to check with the embassy of the country you are traveling to for up-to-date requirements. My advice would be to get the child a passport anyway as that is the ultimate form of travel ID and you never know when it may be required.

What to take on a plane for a 3 year old

Keeping your 3 year old happy, particularly on a long flight, will not only make you happy but also the passengers around you. To do this you need to try and keep them occupied as much as possible.

Some things you should consider taking to entertain them, keep them quiet and clean are:

Some airlines will give out packs of some of these to children during the flight but I wouldn’t rely on them doing this or on them being suitable for your child.

Consider buying them their own carry on with built-in amusement in the form of a Trunki kid’s ride-on suitcase. These have become very popular with children and you now see them at airports everywhere. They come in many different designs. Check out Trunki Original Kids Ride-On Suitcase on Amazon.

I always smile when I see them as the inventor was on the UK equivalent of Shark Tank (Dragon’s Den) and all the investors turned it down as being a silly idea. I bet they are kicking themselves now. 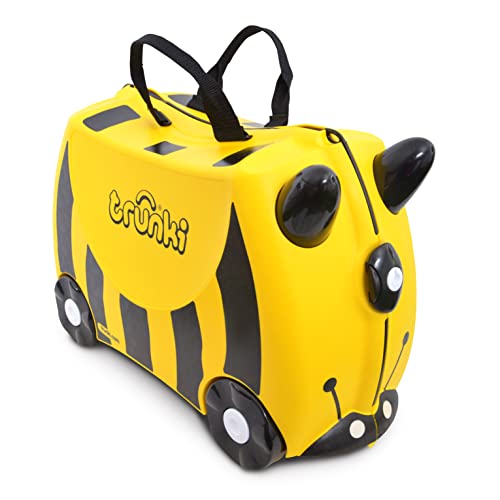 If you don’t have a pair of volume limited headphones for your 2 year old then this may be a good time to consider buying them. They will probably spend more time than normal watching movies, cartoons or playing games while you are on the flight so having a pair that limits the volume to 85dB to prevent hearing damage are a must.

There are a number of noise-limited headphones available but these Kids Wireless Bluetooth Headphones come in a number of different colors which will appeal to most children. They can be used with a cellphone, a tablet, a laptop or with the onboard entertainment system.

You may want your child to use your tablet for entertainment but you may not want it to get broken. If they have their own which is specially designed with a durable kid-proof case, and includes parental controls and a total 100% 2 year guarantee then that may be a better option. 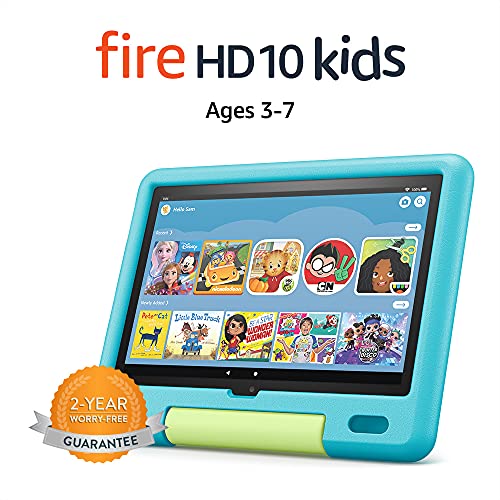 The most popular on Amazon is the Fire 7 Kids Edition Tablet. Your child can play games, watch movies or cartoons to while away the hours on the flight.

Some airlines have rules which do not allow children to travel in Business Class or First Class or in certain parts of those cabins. Others have age-restrictions so very young children (such as 3 year olds) may not be allowed.

In some ways I can understand this. If I had paid quite a bit extra to ensure a more comfortable, relaxing long-haul flight I would not be too happy to find a boisterous 3 year old sitting next to me.

But on the other hand, if you can afford for all of your family to travel in business class (or even first class) then why shouldn’t you be able to?

Some business class cabins these days would not be so suitable for flying with young children. Many have individual “pods” which would make keeping an eye on the child more difficult.

Consideration for other passengers

Anyone who has flown with a young child sitting in the seat immediately behind you will identify with this. The child keeps kicking his legs and his feet continually hit you in the small of the back. It cannot only be painful at times but is also very annoying, particularly when it goes on for a long time.

Normally the child doesn’t do this deliberately of course but if you dare to say anything to the parent/s it is often met with an unhelpful reaction. So keep an eye on your child’s feet and watch out that they are not doing this.

Does a 3 year old need an air ticket?

Yes they do need a ticket, in fact, every child once they reach 2 years old must have their own plane ticket and their own seat. Only children under two may sit on their parents’ lap – at least during take off and landing.

How old does a child have to be to buy a plane ticket?

Every child from their second birthday onwards needs to have their own plane ticket and their own seat.

How can I help my toddler’s ears on a plane?

Young children can suffer from earache on a flight due to changes in air pressure. To help prevent this give them something to such while taking off and descending such as a pacifier or a lollipop

How do you make sure you sit together on a plane?

Firstly, ask the airline what their policy is. Some will not separate young children from their parents (and rightly so). With other airlines, you may need to pay extra to reserve your seats together.

Flying with a 2 year old

Best seats when flying with a child

Previous post : How to Pack a Car Seat For Checked Baggage
Next post : Tips to Get Through Airport Security Faster